Denmark’s largest sturgeon with Float Plus 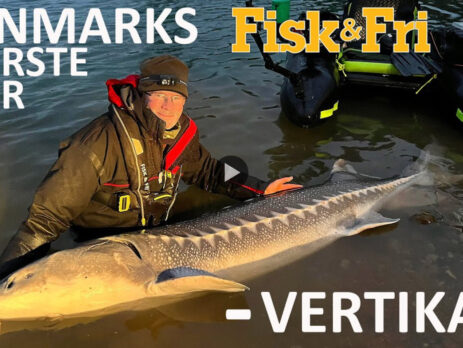 Denmark’s largest sturgeon with Float Plus

In November 2022, Jens Bursell caught Denmark’s largest sturgeon in Blue Rock while vertical fishing with LiveScope from a float. In this video, you get the chop, the fight and the amazing sight of the huge white sturgeon delivering a bang of a fight, where it was halfway out of the water twice, making the whole thing rock in the float. Imagine what it feels like to sightfish and hook a fish in the 90-95 kilo class on just 6 metres of line with a brake pressure of over ten kilos, while sitting right above it in a float. It’s not just wild – it’s absolutely insane! In addition to acute fish fever and galloping fish joy, the video also features a series of LiveScope screen films of various fish, takes – or lack thereof – and fun observations that may be useful for your own future sight fishing for the giants of the lakes.

The same fish caught in the video has previously landed with a top weight of 97 kilos as an official Danish record by Bo Kaul in 2019. Camillo, as the fish is called, was when it was caught vertically this time probably slightly below this weight – and was not weighed.

Along the way, there are plenty of tips on float fishing with Livescope and examples of how to tackle this super exciting fishing in purely practical terms. In the film, you fish vertically with a worm – as well as sight fishing with a spider, and you can look forward to an action-packed film with lots of fishing fun, frustration, difficult fishing days – and finally the reward with the wildest dream catch.

"Good service, clear explanation and fast delivery. And as far as the product itself is concerned: Really nice! The whole thing looks really neat, and works perfectly."

"Fishing is my greatest hobby, and since a few years I have also discovered the belly boat. With this system float plus, I can reach the beautiful spots much easier and therefore catch more. I am sold!"

"Since I discovered it, I can't think of a single time I've been on the water without it. And on several occasions I have trolled about 8 kilometres and still have half a battery left. Really worth buying."

"Super service at Floatplus. When my remote control malfunctioned, it was replaced immediately so that I could get back on the water! I can only recommend the company and the products to enjoy carefree Bellyboating."